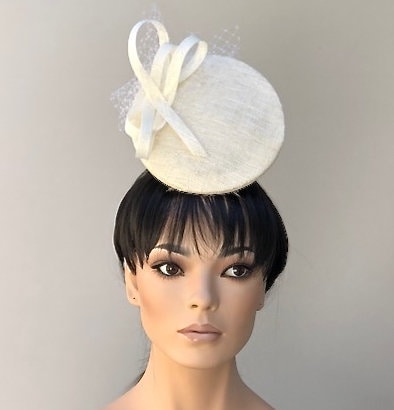 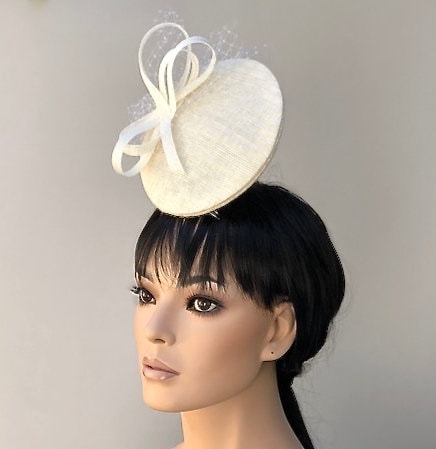 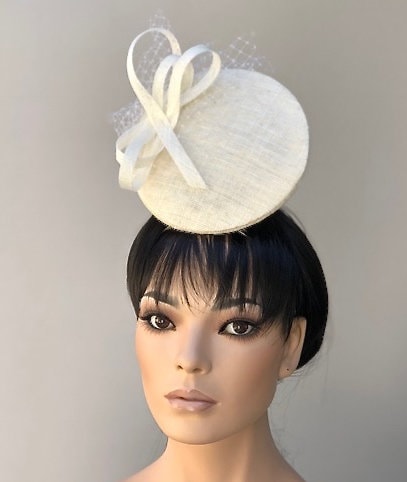 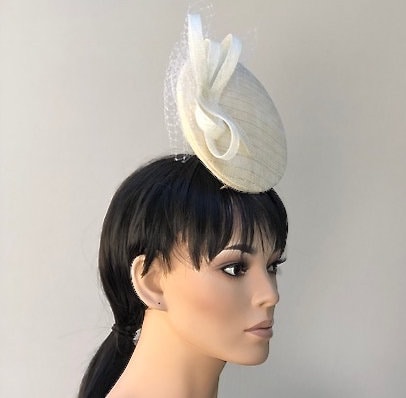 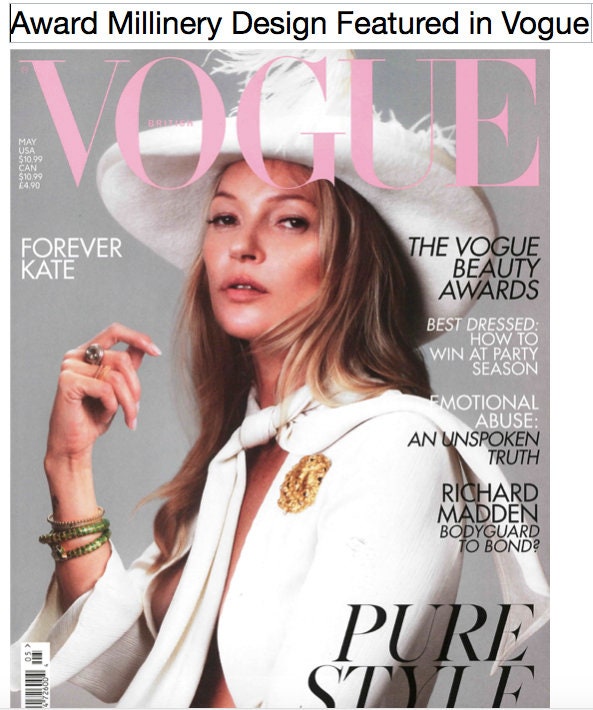 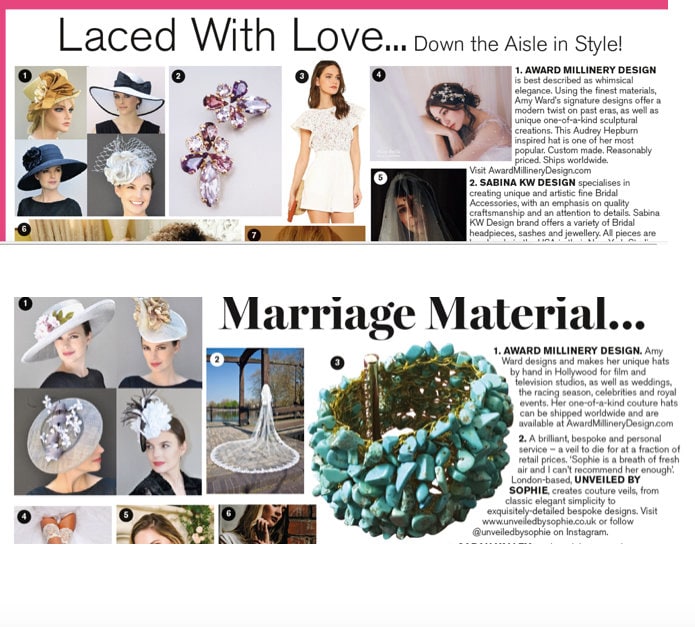 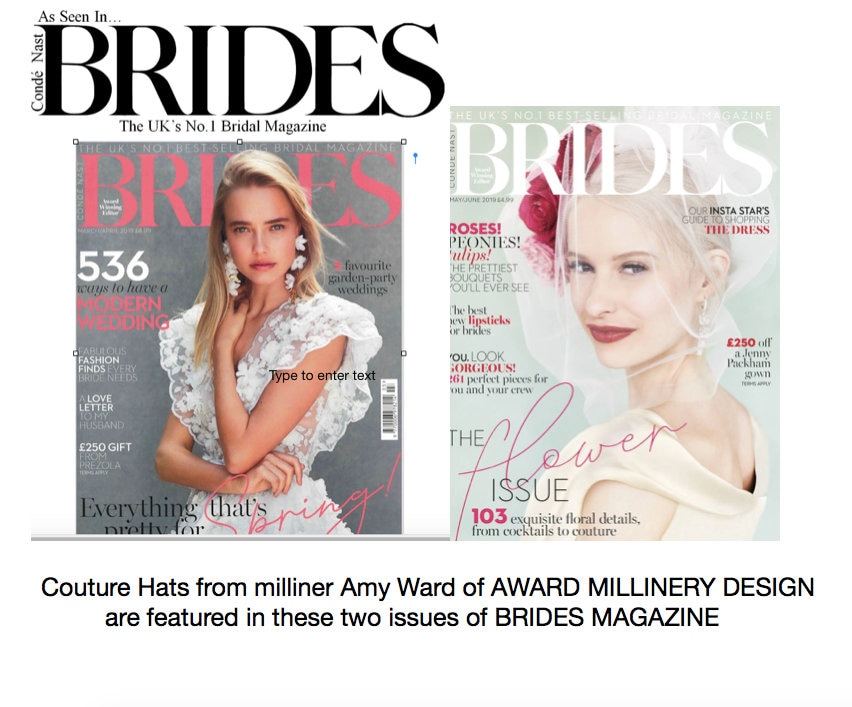 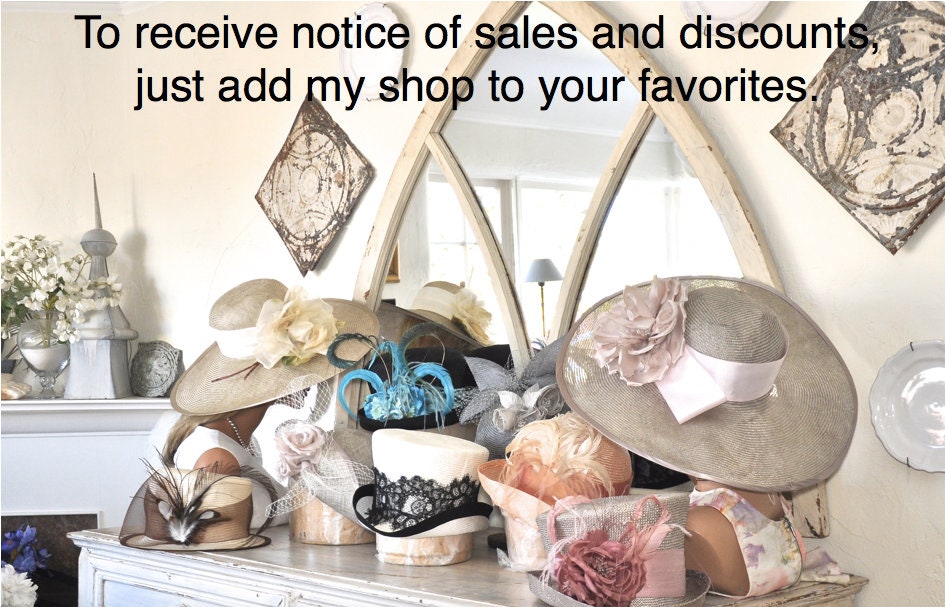 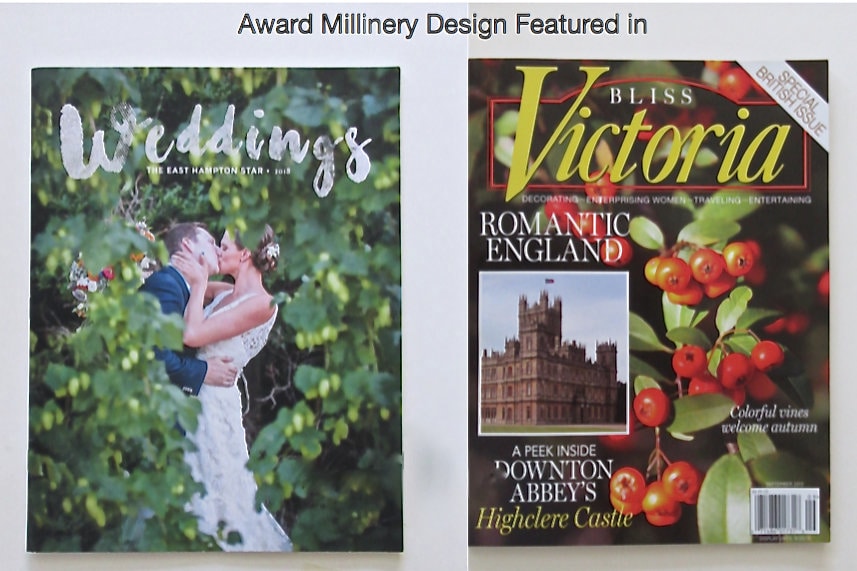 I made this one-of-a-kind 3D percher hat that's a real show stopper.
It appears to float on top of the head. I used a cream straw with slight metallic threads running through it. It's comfortable and will turn heads at the Melbourne Cup Derby and spring carnival. If you're entering a 'best hat' or 'most original hat' competition', this is the hat for you. The UK's most famous milliner sells similar 3D disc hats for several thousand dollars.

Made in my millinery studio in the Hollywood Hills.

Attaches with a millinery elastic band that goes behind the head at the nape of the neck and is hidden under the hair. Fits all. Hats are not returnable.

My hats have been commissioned by Disney Studios, appeared in Vogue, Brides and Victoria magazines, and been worn at the Royal Wedding, Ascot, Buckingham Palace Garden Party, Kentucky Derby and Melbourne Cup.

Please pin and share on social media with a link to my site. Thank you.

My prices are wholesale to the public as fine shops double the price to their customers.

This is not a rain hat and should not be exposed to rain.
Some countries may charge a customs duty, which I have no control